Dental Online Reputation Management is changing the context of marketing for dental practices similar to what ORM does for other small businesses. When it comes to dentists, managing online reviews on websites such as Yelp (Known as Yelp marketing for dentists) and utilizing their capacity are getting more and more buzz every day and play a vital role in success of a dental practice and attracting new patients. Specifically talking, Yelp review management has turned to an essential part of dental practices’ reputation management efforts and consequently, it has become increasingly important for dentists to understand what role Yelp plays in today’s dental practice marketing. But first, what is Yelp and how one can conduct dental marketing on Yelp? To explain that I review some history:

Long before the emergence of online reputation management systems, online review was born. Online review started as early as the Internet emerged. Amazon.com started allowing its customers to leave reviews on books from 1995. As per Los Angeles Times (1999), a study performed by Forrester Research suggested that half of the retailers’ websites reported that customer reviews had important or extremely important role on the perception of their customers back then. This trend was a continuous trend and based on the report of ComScore.com (2007), one of the major companies in measuring internet’s data and trends, almost one out of every four internet users read reviews on services delivered off-line, prior to their purchase. In the same report, they suggested that buyers were willing to spend around twenty percent more for services or products that had five star rating in scale of zero to five.

For dentistry specifically, researchers suggest that patient generated contents (such as dentist reviews on Yelp), are perceived more credible than dentist generated information (such as content of dentists’ websites). It is partly because reviews are more patient oriented and focused on performance of a dentist in comparison with the official content on dental practices’ websites, brochures, advertisements and essentially dentists’ claims. There is one exception here: dentists’ credentials. Because dentist credentials are seen as third party opinions, they tend to carry a higher weight in getting the trust of prospective patients. In general, because third party reviews carry a higher weight, it is essential for each practice to have a Yelp Dental Marketing Strategy.

Yelp launched its website initially for San Francisco market in October 2004. Several years later, Yelp expanded from its San Francisco roots to open an east coast office in Manhattan in the first half of 2008 and introduced a Canadian-focused version of the site in 2008. Yelp now has international sites in Spain, France, Germany, Austria, the United Kingdom and the Netherlands. As of 2008, Yelp’s page view count overtook its predecessor and early rival, Citysearch.

Yelp.com had over 58 million unique visitors as of September 2011 and is now one of the major online review sites and reputation channels. As a result, more and more patients check dentist reviews on Yelp and consequently, Yelp Marketing for dentists has become increasingly important.

How to take control of your dental practice’s page on Yelp?

Yelp provides online local search capabilities to its visitors. Each practice listing result contains a 5-point rating, reviews from other site visitors, and details such as address, hours of operation, accessibility, and parking availability of the practice. The ultimate goal of Yelp Marketing for Dentists is to drive more patients by leveraging positive reviews and other information people may find on their Yelp page.

For all businesses listed as well as dental practices, Yelp has a designated page (available through biz.yelp.com) that allows you to take partial control over your practice’s page in Yelp, which is the first step of your Yelp dental marketing campaign. After Yelp verifies that you are the actual owner of the practice, it allows you to add practice history, your profile and your practice photos. It will allow you to communicate with your reviewers and leave public comments about reviews. It is crucial for you Yelp Marketing Strategy to have a well-written and informative content on your practice page on Yelp.

If you advertise with Yelp as part of your Yelp dental marketing efforts, in dental practice’s page you can get reports about page visits and you will have the option to set up a slide show for your practice. Also as an advertiser you have the opportunity to add a video to your profile.

Some of the other powerful tools on Yelp that you can take advantage of are “offers” and “deals”. If a prospective patient searches for your practice on Yelp, they will see the offers on top of the search results. Deal is a new concept in Yelp dental marketing strategy. You can run a deal and patients will pay Yelp to get that deal. Yelp will collect 30% and will pay you the rest. Suppose that you post a coupon of “$100 for $200” for a given service. Yelp will collect $100 from the buyer, retains $30 for itself and pays you $70. As the seller you are then obligated to deliver equal to $200 of the designated service.

As a dentist or owner of a dental practice, whether if you have a strategy specifically for Yelp or not, patients look online for dentists and check your reputation to see what others express about your practice. It is very important to take control of your practice’s page and be informed about the reviews. If you find it complicated to deal with so many online marketing channels including but not limited to Yelp or simply you are very busy, we are there for you. We consider Yelp an important medium and therefore we have a specific “Yelp Marketing Strategy for Dentists”. Contact Us today for more information. 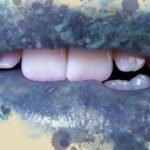 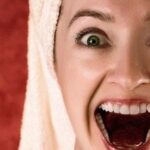 How can having dental blog help you get more patients

Having an active Dental Blog is one of the first and the most important steps for a dental practice after having a website. The blog ... Read More

How to avoid paying a hefty amount to dental SEO consultants for nothing? As you may have noticed, I am one of the search engine ... Read More